Victor's Story: Growing Up with Usher 1F in France

by Victor's parents, Alexandre and Melanie 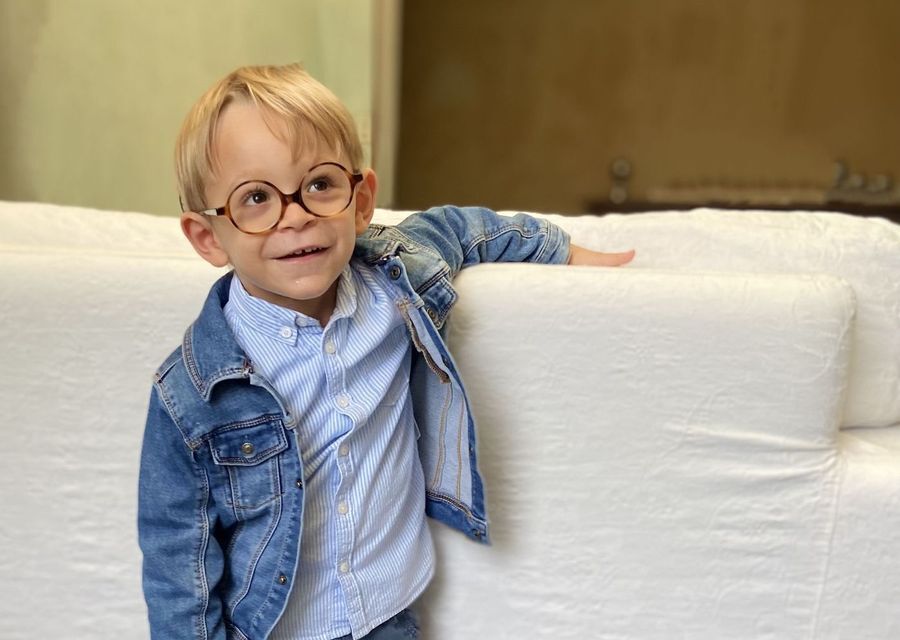 Victor is a 3-year-old boy, born in September 2019 in Lille in the North of France. He is our first child.

We learned of his profound deafness very quickly. At the maternity ward, the now standard hearing screening was unsuccessful. We understood that there was a significant problem when we left the maternity ward to go home because the SAMU emergency helicopter was taking off near us and did not wake Victor, who was sleeping in his infant car seat while we were carrying him in the parking lot.

When he was one month old, an auditory brainstem response hearing test confirmed that Victor was profoundly deaf. We were very sad and lost because a medical team did not meet with us to explain the results. Fortunately, through extensive research on the internet and thanks to other doctors, we were able to bounce back and learned of the existence of cochlear implants and that our son could one day manage to hear us. We were determined that the operation be carried out as soon as possible. At three months, in December 2019, Victor had an MRI to find out if he was a candidate for the implant, along with a blood test for genetic testing.

Despite Covid, Victor, was able to be implanted in two stages at eight and 15 months and activated at nine and 16 months.

During the lockdown, I often told his dad that he appeared quite dazzled by sunlight but had no idea what was about to happen to us.

Victor was late to sit and stand, and so there were clearly issues with his motor skills and balance.

After his two cochlear implant operations, we thought we had experienced the worst in our journey, but a month later, in February 2021, we received the genetic testing results and learned that Victor has Usher 1F. 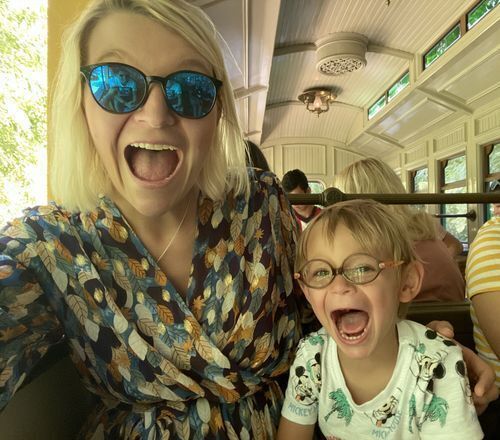 Victor with his mom Melanie

I had already heard about this syndrome and was very afraid of it because the absence of hearing coupled with the loss of vision was something terrible for me. Unfortunately, our baby has this syndrome…and I understood that everything I had noticed in him as a young mother of my first child was related to the disease.

Victor is a happy, smiling child. He is a sweetheart who loves spending time with all his family. He likes to joke a lot and is very active - You never get bored with him! He brings us so much love and happiness despite a daily life that is not easy for him. He almost never complains and is very strong in the face of his day-to-day challenges from his stability/sight/hearing problems. He amazes us every day. He is our ray of sunshine.

Victor managed to walk on his own in January 2022 and has since made enormous progress: he jumps, runs, dances, in short amazing us every day!

Since the beginning of September, he has been going to school in our town. He attends a mainstream school with kids with normal hearing. Victor is delighted to go there and be with his friends and teachers. His special assistant teacher helps him progress further every day.

Victor also has a little secret. Soon he will become the best big brother, we are sure! 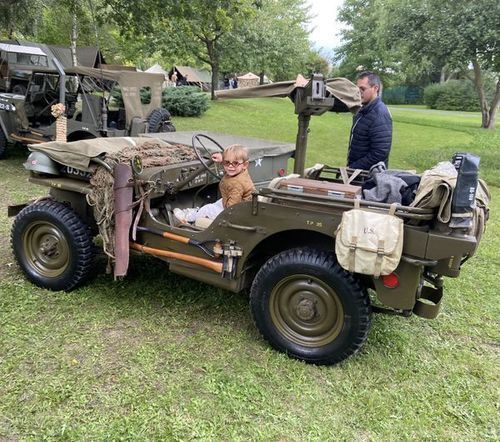 Victor with his dad Alexandre

There is no specific follow-up and support path for Usher syndrome in France. We struggled with the administration to set up appropriate monitoring. The only follow-up for which it was simple is speech therapy; Victor has been having speech therapy sessions since he was six-months old and so even before his implantation (before his implantation, he had hearing aids which sadly brought no benefit).

Today, Victor has two speech therapy sessions per week, one hand-eye physical coordination session per week and one physiotherapy session per month. At the same time, we were interested in Auditory-Verbal therapy, which is not well known in France (there are only a few trained speech therapists and no financial support through the government social security system), and so we practice this at home.

The placement and supply of cochlear implants is covered by the government. We pay for the accessory equipment (battery, cables, etc.), as well as the specific insurance for the implants.

For the retina and following the news of the disease, I searched a lot. We are now seen once a year at the 15-20 Hôpital National de la Vision in Paris by Professor Audo in person, which is very positive indeed. We also have an ophthalmologist near our home.

Victor's night vision is already quite affected. This causes him much anxiety at night, and his sleep routine is not easy, which is why he sleeps in our room (in his own bed, next to ours).

Our biggest dream is that a cure will be found so that our son will never be in the dark! We so hope that this treatment arrives before it is too late for him!