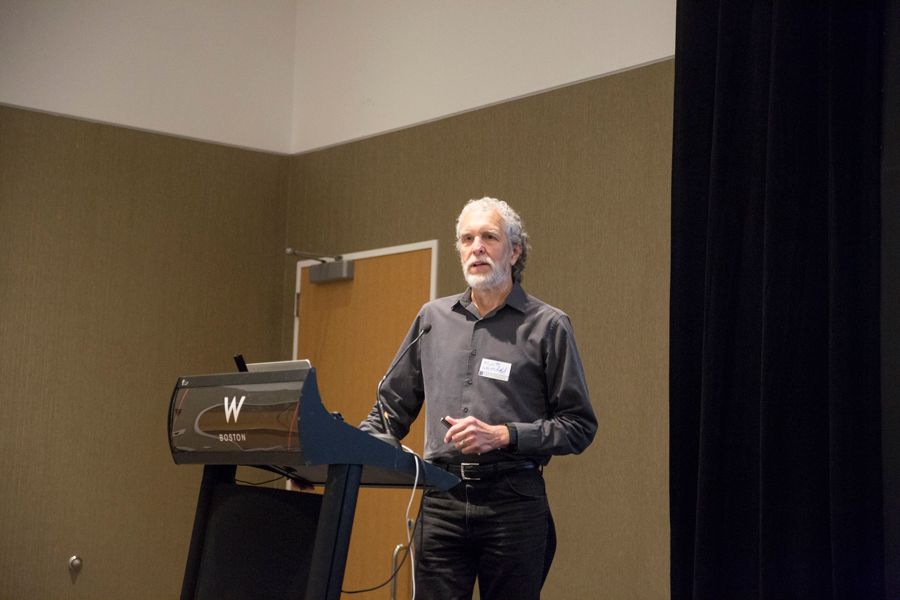 In the summer of 2012, at an Usher Syndrome Coalition conference, the Chief Research Officer of Foundation Fighting Blindness, Dr. Stephen Rose, spoke, providing an update on the latest Usher Syndrome research. He mentioned progress toward a cure for several types of Usher Syndrome but did not mention type 1F. When questioned about 1F after his talk, he said that we had no animal model and, “Without an animal model, there can be no research.” This was our motivation for founding Usher 1F Collaborative. Thus, it was with a great sense of accomplishment when Dr. Rose attended our first Usher 1F researchers’ symposium on May 12, 2017, and learned that we now have both a zebrafish model and a mouse model.

Not One but Two Animal Models!

As we have reported before, our initial and ongoing funding has gone to Monte Westerfield, Ph.D., at the University of Oregon Institute of Neuroscience to create a zebrafish model and to use this model to test drug and gene therapies. Less than three years later, he has succeeded in creating the model. We have also helped him secure access to compounds that have the potential to cause the Usher 1F mutation to be ignored, resulting in continued production of the proteins essential for vision, and he will begin testing these drugs on our fish shortly.

We are excited now to have added a new researcher, Zubair Ahmed, Ph.D., from the University of Maryland, who was part of the original team at the NIH to discover our Usher 1F mutation in 2003. He has maintained an interest in Usher 1F since that time. After seven attempts, his persistence recently paid off when he succeeded in creating a mouse model of our Usher 1F mutation that is not only born deaf with vestibular issues but, most importantly, also has a visual phenotype. At one, two, and three months of age, electroretinograms have revealed significant vision loss in this new mouse. This is no small achievement as prior attempts by the NIH, as well as world renown geneticists, had failed. One researcher proclaimed, “This is huge!” Dr. Ahmed will now begin developing gene replacement therapy for Usher 1F using our mouse. He will be joined in this effort by a researcher from Australia, Livia Carvalho, Ph.D. Genetic Cures Australia, the Australian foundation working to find a cure for Usher 1F that is run by the Feller family, whom we profiled in our November 2016 newsletter, will help us fund Dr. Carvalho’s work.

Also at our Usher 1F symposium, Elliott Sohn, M.D., a researcher from the lab of Edwin Stone, M.D., Ph.D., at the University of Iowa, our other funded research lab, spoke. He described their progress toward creating a scaffolding of retinal progenitor cells derived from induced pluripotent stem cells created from patients’ own skin cells. Dr. Stone has applied to begin clinical trials for two other types of retinitis pigmentosa, using both gene replacement and stem cell therapies.

These trials will be ones to watch as they represent an important step toward doing the same for Usher 1F. We are excited because we now have paths to a cure. Thank you for playing a part in helping us achieve this progress.