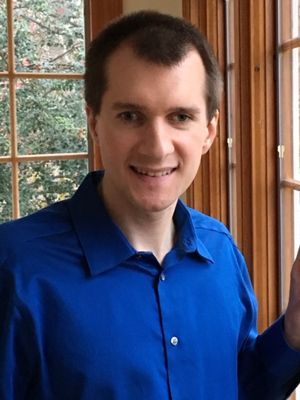 Ryan was born on December 24, 1986 in Fort Lauderdale, Florida. He was born deaf, was diagnosed with Usher Syndrome at age 8 and received a cochlear implant shortly thereafter in 1995.

He attended public schools in Broward County, Florida, which had a good program for deaf students. Before beginning 5th Grade, the principal requested that Ryan leave the deaf class and be mainstreamed in a hearing class with a full time interpreter.

This caused Ryan to excel in Middle School and High School. Ryan had interpreters in his mostly hearing classes. It was necessary, when he was a junior, to have a real time captionist since his eye sight was diminishing. He graduated in 2005 with honors. He earned admission to Rochester Institute of Technology and started his college education in September, 2005. He told his parents when he was in 5th grade that he wanted to go to college to learn computers, get a good job, buy a house, have his brother Todd over for dinner and asked his parents to help make sure this happened.

Ryan wanted to get a Mechanical Engineering degree with an Aerospace option. During his third year, he determined that the extensive reading curriculum became too difficult with his deteriorating vision. He wanted to be an aerospace engineer and work with planes but it was not the right path for him. He says, at least I had the guts to give engineering a try.

Ryan changed his major to Information Technology. He discovered that he had a talent for writing code. Ryan graduated from RIT in 2011 with honors with a degree in Information Technology. After the completion of the required three 10 week co-ops in 2012, he was hired and started employment with Vanguard in June as a Java Developer in the Technology Leadership Program (TLP). He was promoted to Developer II in 2017.

Due to his diminishing eyesight, Ryan took a 6 month leave of absence in May, 2019 to attend Helen Keller National Center (HKNC) to learn Braille, technology, Haptics and independent living skills. Prior to learning Braille, It took Ryan 2.5 minutes to read 6 large words on his computer monitor, using one eye. Using Braille technology has significantly increased his reading speed.

He is an aviation enthusiast and loves to ride on roller coasters and aerobatic airplanes. Hearing Health Magazine published an article by him in their Summer, 2019 issue. He met the Japanese Prime Minister’s wife – Mrs. Abe at Helen Keller National Center, September, 2019 and had a discussion with her about his experiences at HKNC.

Ryan’s employer closed his office in March, 2020, requiring him to work from his apartment. He decided to come back to our home in Florida to work here until his employer in Pennsylvania re opens their offices for in person work with new safety guidelines.